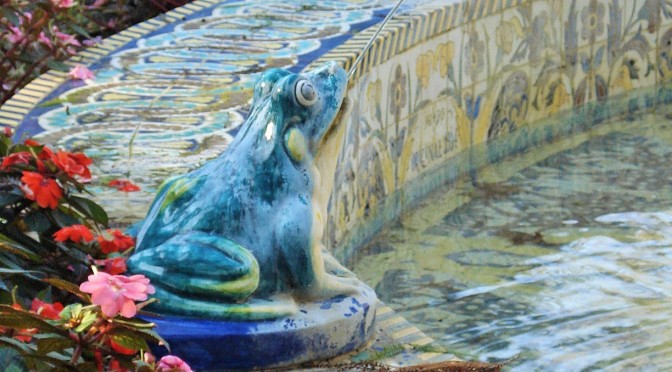 Maria Luisa, Infanta of Spain (1832-1897) was the younger sister of Isabella II, queen of Spain. She married Antoine, Duke of Montpensier, youngest son of the French King Louis Philippe, and became Duchess of Montpensier.

Most of the grounds that form Maria Luisa Park today where originally part of the Palace of San Telmo and donated by Maria Luisa to the city in 1893 to be used as public gardens. The palace , a magnificent example of Spanish baroque architecture was rehabilitated and converted in the 1990s into the seat of the autonomous government of Andalusia. It stands today just outside Maria Luisa Park.

French urban planner and landscape designer Jean Claude Nicolas Forestier, who also created the Bagatelle Rose Garden and the Laribal Gardens in Barcelona, started work on the park in 1911. Also in preparation of the 1929 World’s Fair, architect Anibal Gonzales began work on the Plaza de Espana building and some of the pavilions.

Under Forestier, who had been heavily influenced by the gardens of Andalusia and Morocco, the Park became a Moorish inspired extravaganza of tiled fountains, ponds, arbors, pavillions and other structures, planted in a lush Mediterranean style with vines, bougainvilleas, roses, palms orange trees and flower beds.

I discovered Forestier’s work when in Barcelona, visiting the stunning terraced Laribal Gardens on the hill of Montjuic.  These gardens lead from fountains to gazebos to arbors to rose gardens to the top of the hill where you discover the sweeping views down the hill with water stairs inspired by the Alhambra leading back down. This element of surprise and wonder is one I have found in all of Forestier’s gardens, whether in Paris at Bagatelle, Morocco at the Jardins d’Essais or here.

This park being such an expansive and complex creation, I am featuring it through several posts.This one showcases the Fountain of the Frogs (34 on map) and the Island of the Birds (6, Island of the Ducks on the map).   The whimsical Fountain of the Frog has colorful Andalusian ceramic frogs surroundinga fountain, followed by a pond that leads the Garden of the Lions to the Isleta de los Patos, or Birds Island.  The island provides a sanctuary for the many birds inhabiting the park; its focal point is the Pavilion of King Alfonso XII, which dates back to the time it was part of the San Telmo Palace. 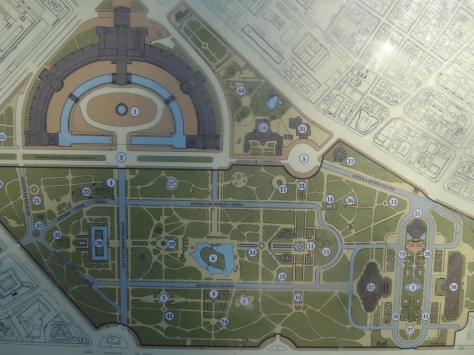 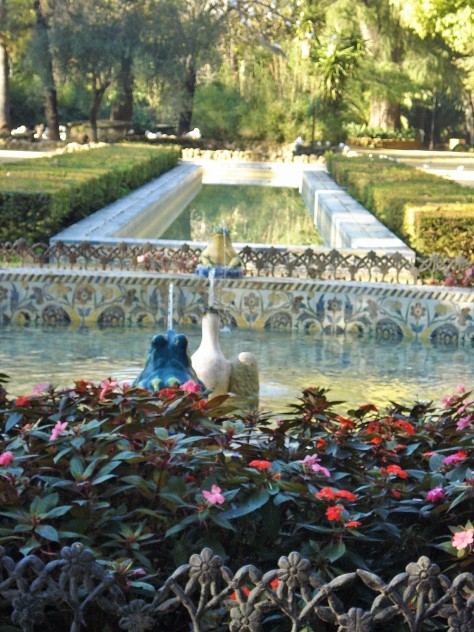 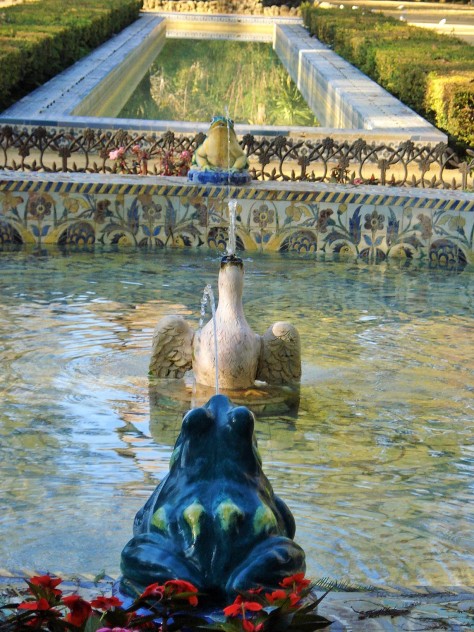 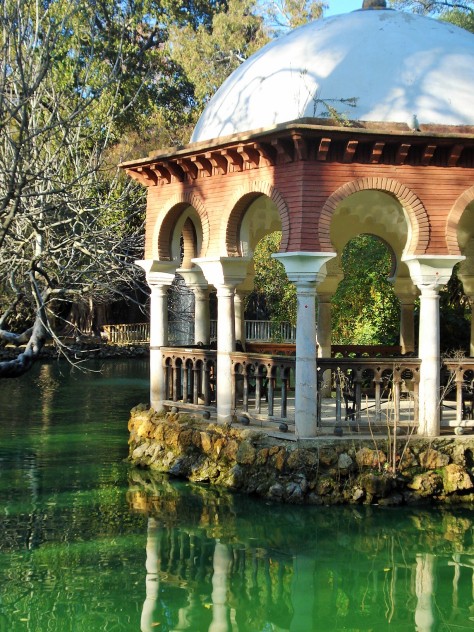 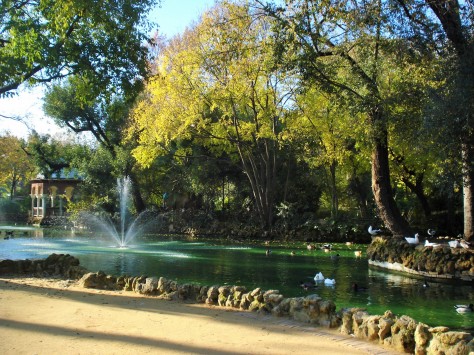 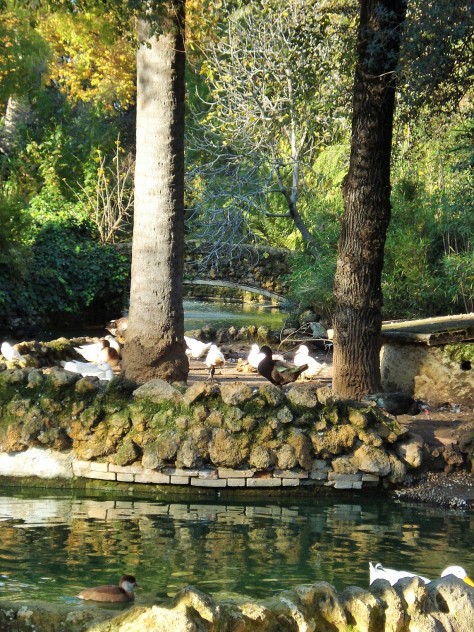