The Alcazar of Sevilla is an outstanding example of Mudejar architecture and one of the most beautiful palaces of Andalusia. Originally built by the Almohades dynasty, it was expanded upon by later rulers through the Middle Ages until the Reconquista by the Catholica rulers, who subsequently added to the palace as well until the 19th century. The Alcazar remains to this day the official residence of the King of Spain in Sevilla.

The gardens were developed in the Moorish style as an integral part of the palace design, with extensive patios, fruit orchards, produce gardens and landscaped grounds, to produce food for the palace as well as aesthetic pleasure. As with all moorish gardens, water features are everywhere.

This post concentrates on the  Patio de las Doncellas. According to wikipedia :

“The name, meaning “The Courtyard of the Maidens”, refers to the legend that the Moors demanded 100 virgins every year as tribute from Christian kingdoms in Iberia.

The lower level of the Patio was built for King Peter I and includes inscriptions describing Peter as a “sultan”. Various lavish reception rooms are located on the sides of the Patio. In the center is a large, rectangular reflecting pool with sunken gardens on either side. For many years, the courtyard was entirely paved in marble with a fountain in the center. However, historical evidence showed the gardens and the reflecting pool were the original design and this arrangement was restored. However, soon after this restoration, the courtyard was temporarily paved with marble once again at the request of movie director Ridley Scott. Scott used the paved courtyard as the set for the court of the King of Jerusalem in his movie Kingdom of Heaven. The courtyard arrangement was converted once more after the movie’s production.

The upper story of the Patio was an addition made by Charles V. The addition was designed by Luis de Vega in the style of the Italian Renaissance although he did include both Renaissance and mudéjar plaster work in the decorations. Construction of the addition began in 1540 and ended in 1572.”

More so probably than any other part of the Alcazar, the Courtyard of the Doncellas and surrounding rooms in the distinctly ornate Moorish style are reminiscent of the grandeur of the Alhambra in Granada and its patios. 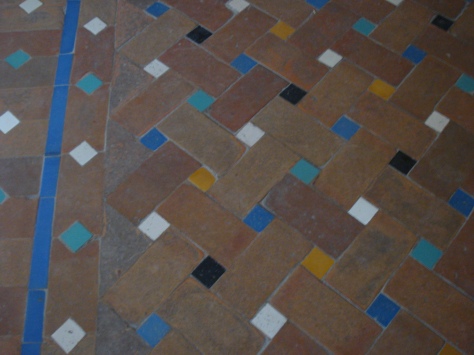 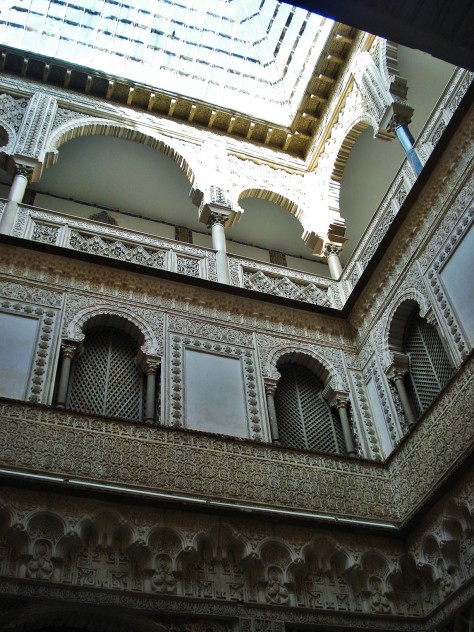 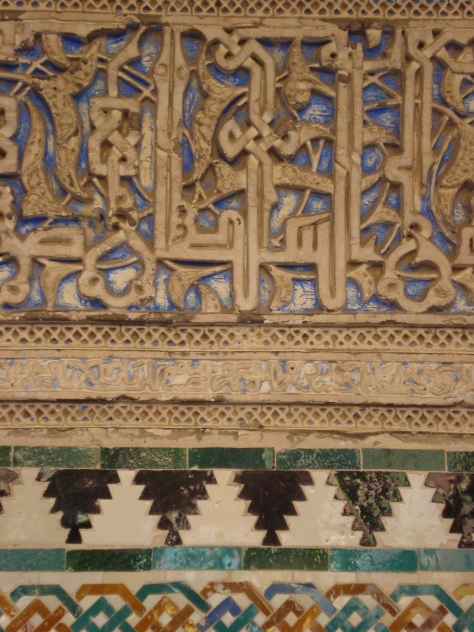 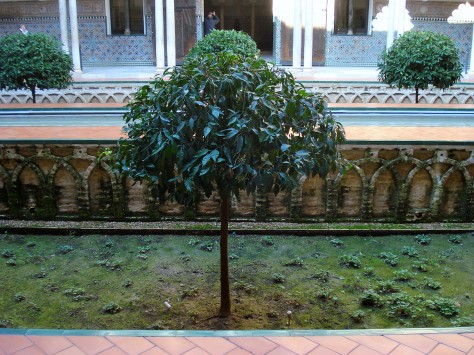 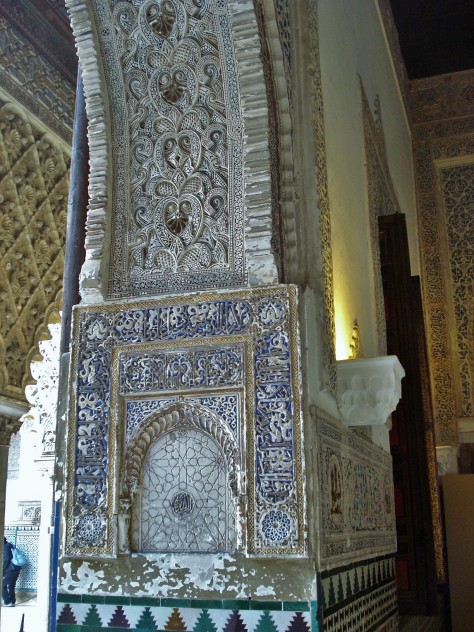 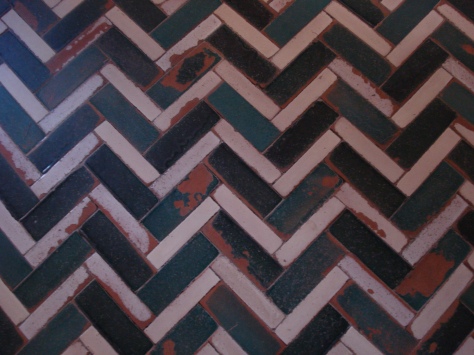 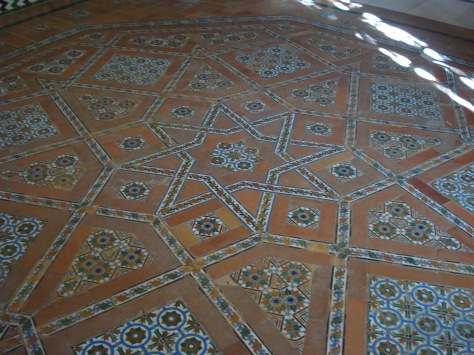 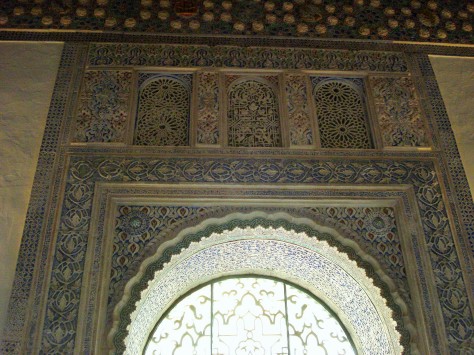